462 Bryant is a new office building adjacent to 460 Bryant, an existing building on the same legal parcel. The proposed building has been designed based on the Central SOMA Plan as amended on May 16, 2021. Proposed building is seven stories above grade, plus a basement (existing) and a mezzanine level between floors one and two. It includes a new main entrance lobby on Byrant Street which will serve both 462 and 460 Bryant.

The fifth, sixth, and seventh floors are layered back on the Stillman Street side to allow the existing billboard on the roof of 460 Bryant to be viewed from the adjacent freeway. The billboard is not owned by the building owner - the setbacks and angled facade are dictated by a private easement agreement.

The Bryant Street facade will be clad in a perforated, corrugated metal panel rainscreen. Perforation density will vary in response to sun intensity, creating subtle pattern and texture variation across the facade. The upper floors of the Stillman facade and exposed portions of the side elevations will be clad with a solid (unperforated) corrugated metal panel rainscreen that complements the Bryant Street panels.

The roof of 462 Bryant will be uncluttered by mechanical equipment, which will be placed on the lower roof of the adjacent 460 Bryant building, behind the billboard. The fourth, fifth and seventh floors of 462 Bryant will include outdoor deck areas and landscaping. 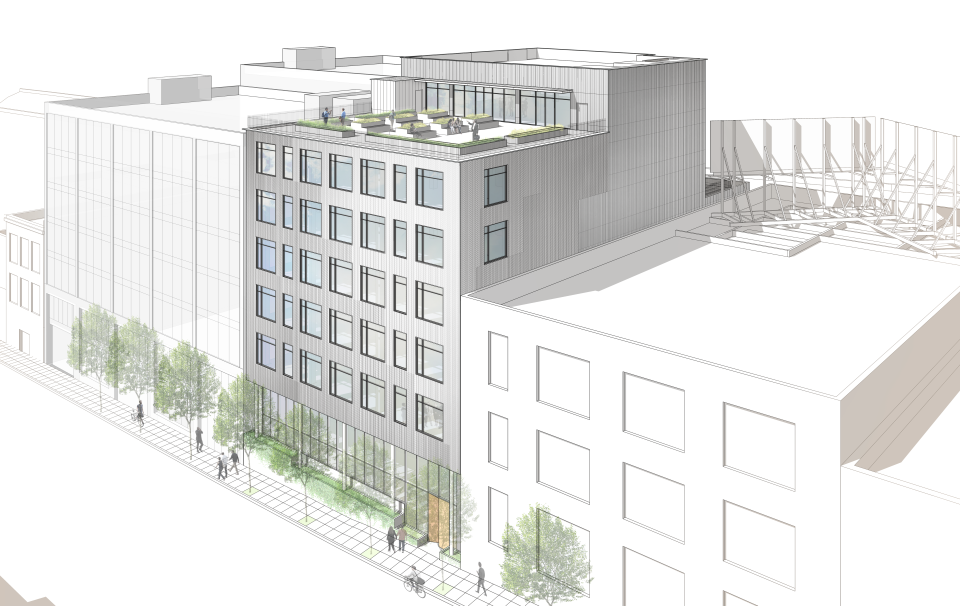 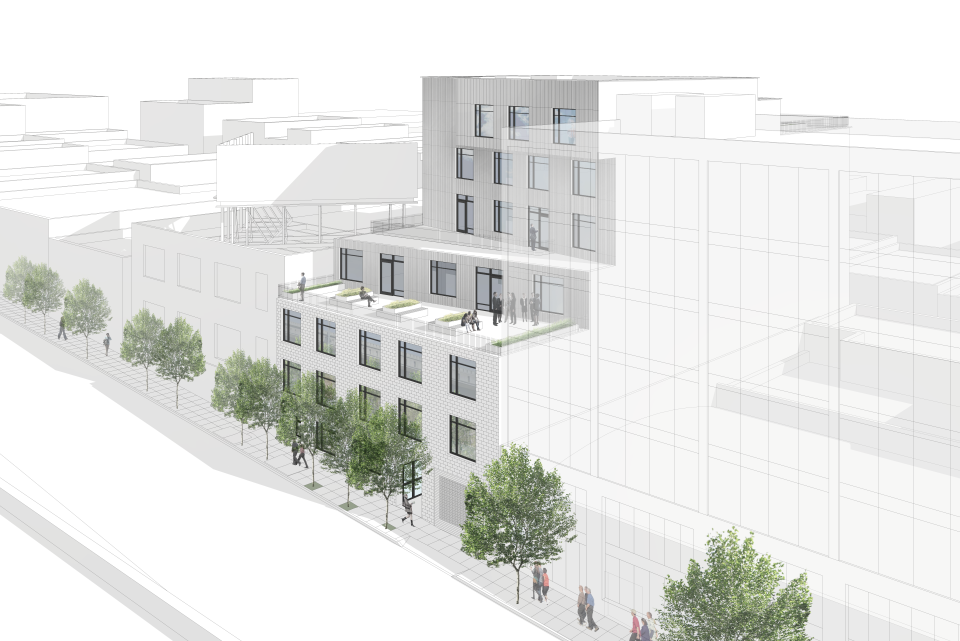 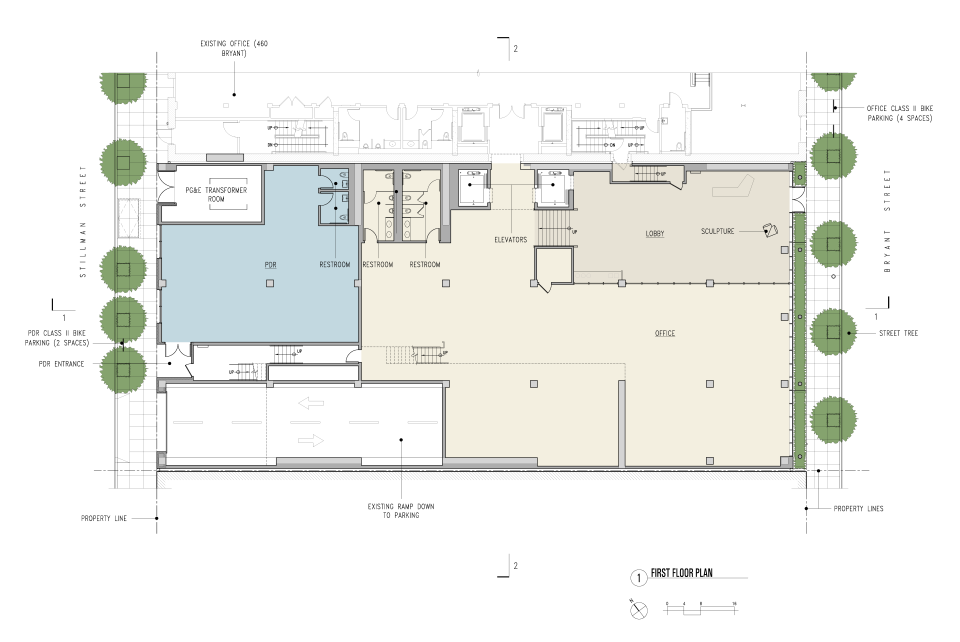 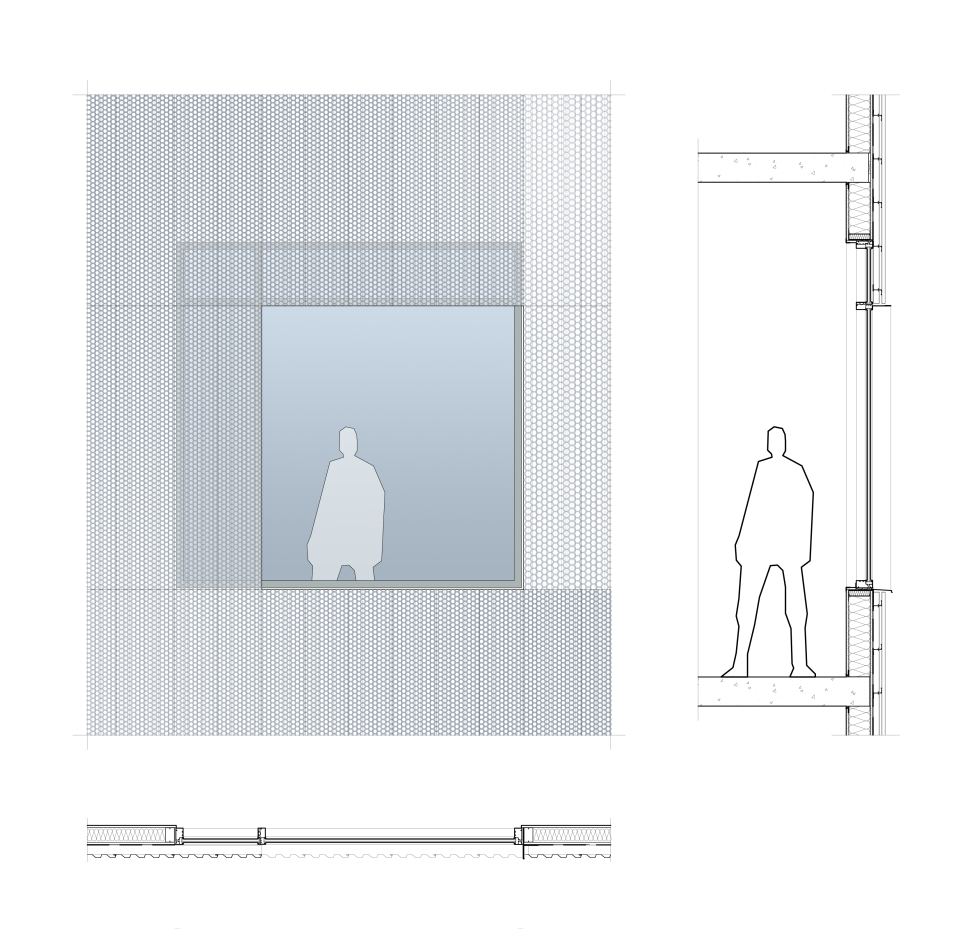 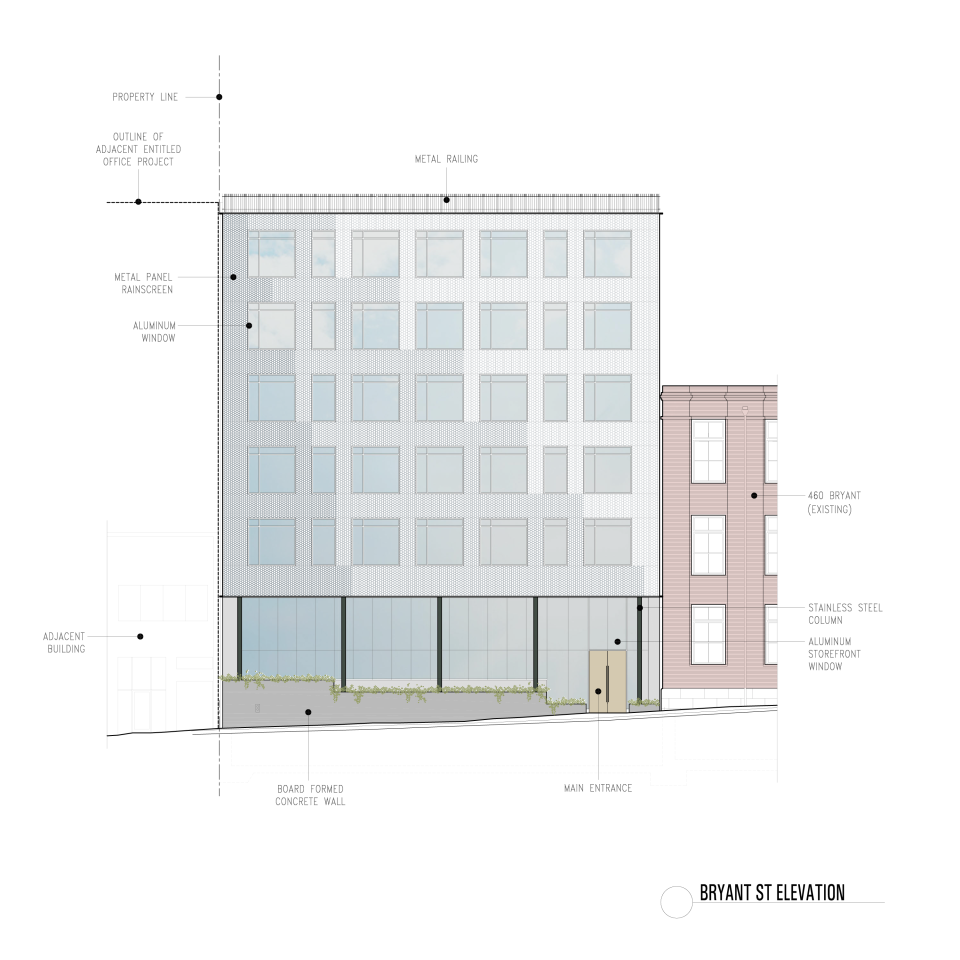 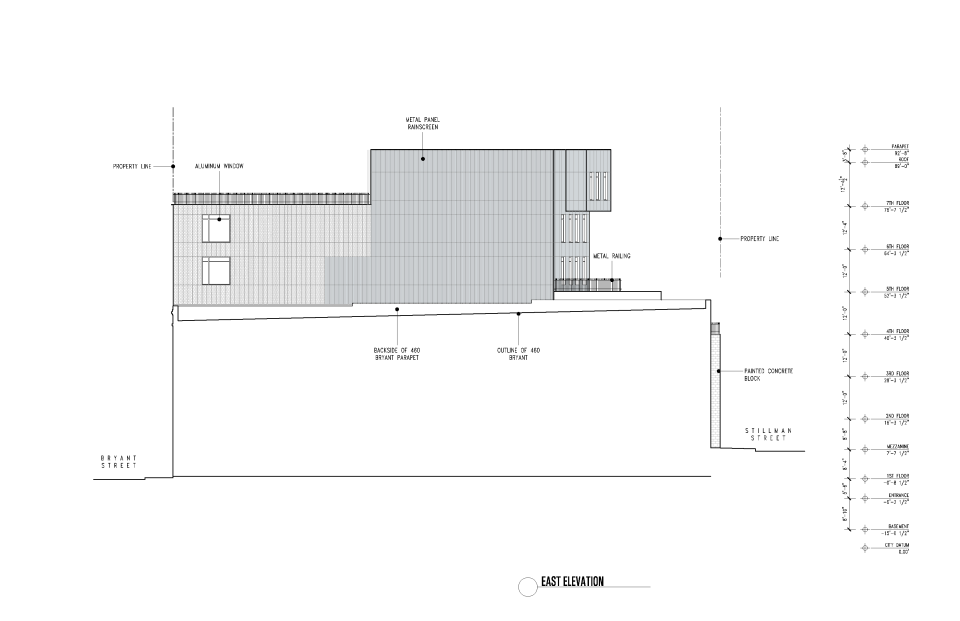 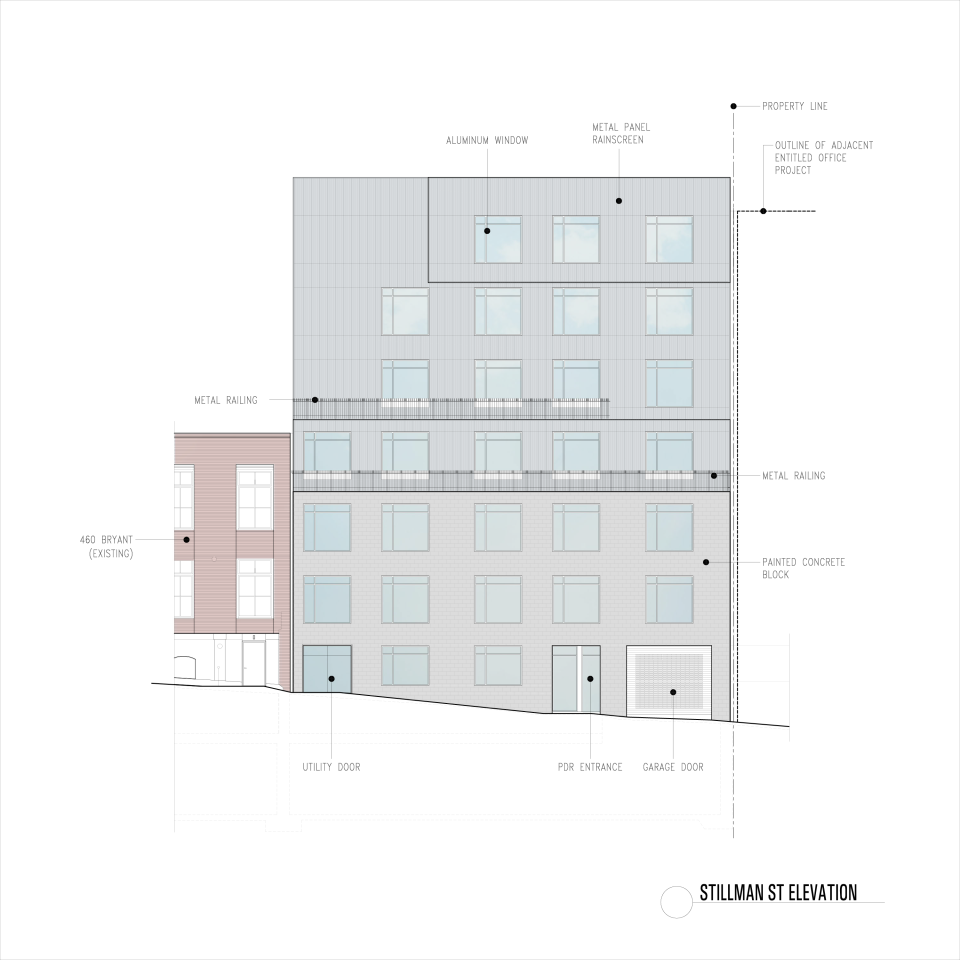 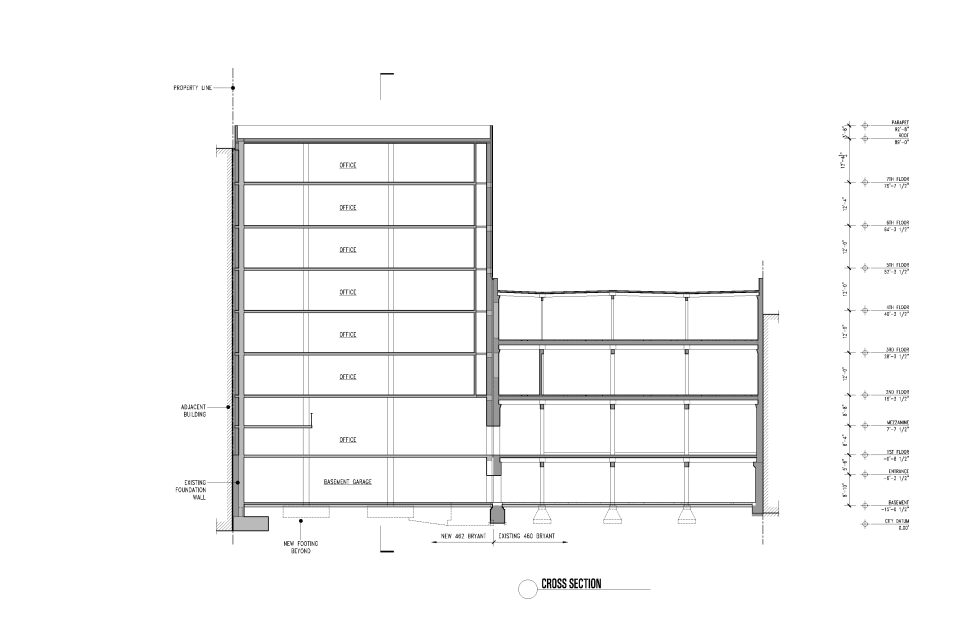 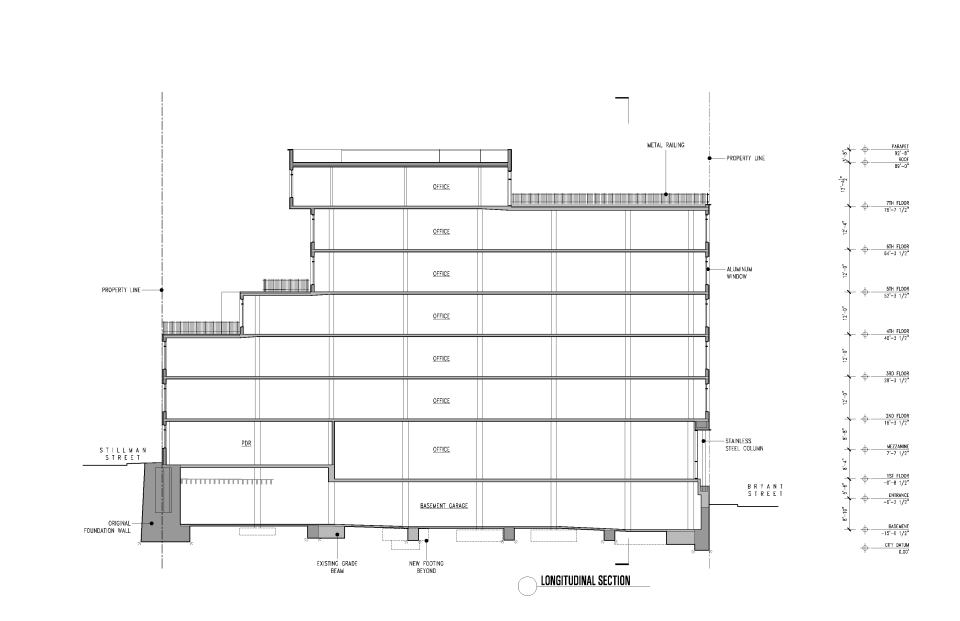