Originally designed by famed Chicago architects Burnham & Root for Michael DeYoung, the original Chronicle Building was the first skyscraper in San Francisco, and when erected in 1982, it was the tallest building west of the Mississippi River. In the early 1960s the building was jacketed with a metal “slip-cover” concealing its rich past. In 2004, the Ritz-Carlton Company and a local San Francisco developer formed a joint venture to restore this landmark building.

The once tallest structure in the city, it was now dwarfed by its neighbors. An addition was proposed, in part to justify the cost of restoring the original façade which had been heavily damaged by installation of the metal cladding. It was designed as a modern, architecturally quiet “new”, intended to complement the Romanesque Revival “old”. The eight additional stories were layered back from the original building acting as a sympathetic subordinate element.

The project was an enormous technical challenge, especially given its location at one of San Francisco’s busiest intersections. The original cast iron columns were strengthened with reinforced concrete jackets, and an entirely new foundation system was constructed consisting of reinforced concrete underpinnings inserted below load bearing columns, arches, and walls following a sophisticated installation sequence. Elaborately designed shoring was required to hold up the heavy brick masonry walls while floors were strengthened and the new tower was erected.

The project was completed in 2008 and contains 101 units; some are individually owned residences and the remainder are operated as part of the Ritz-Carlton Destination Club. 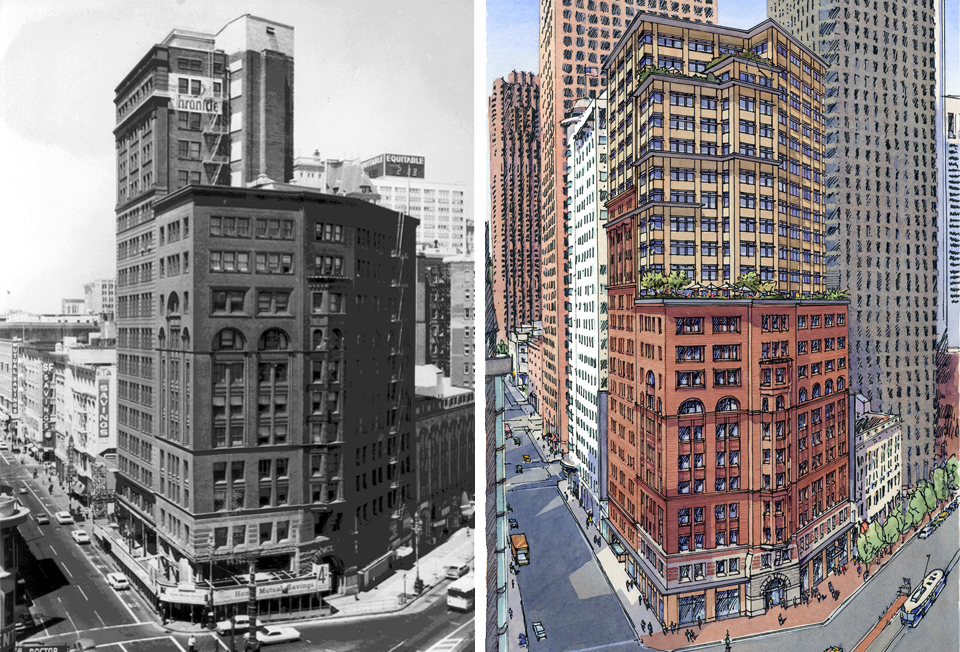 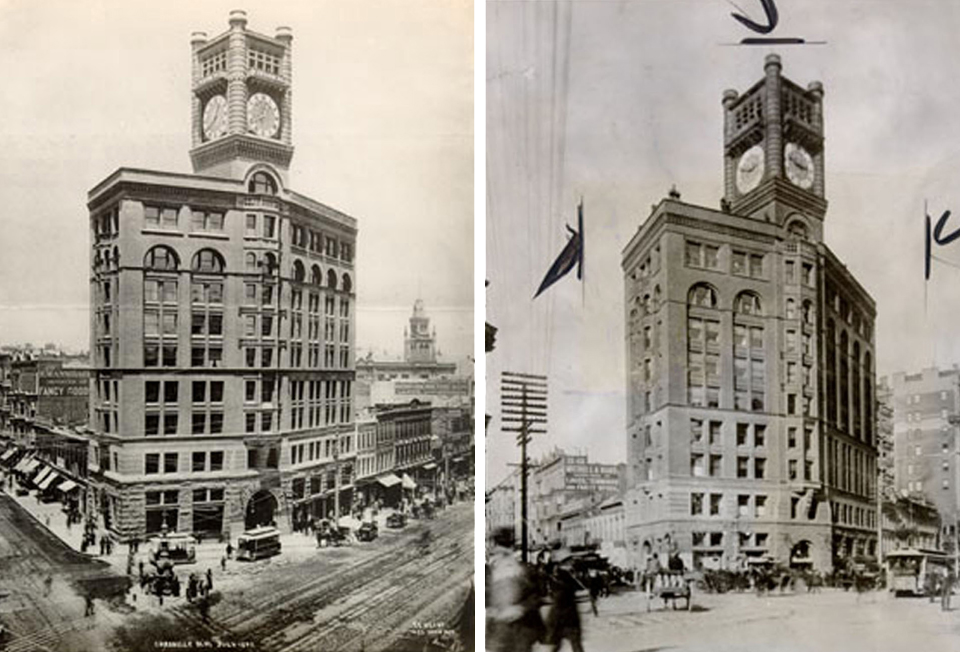 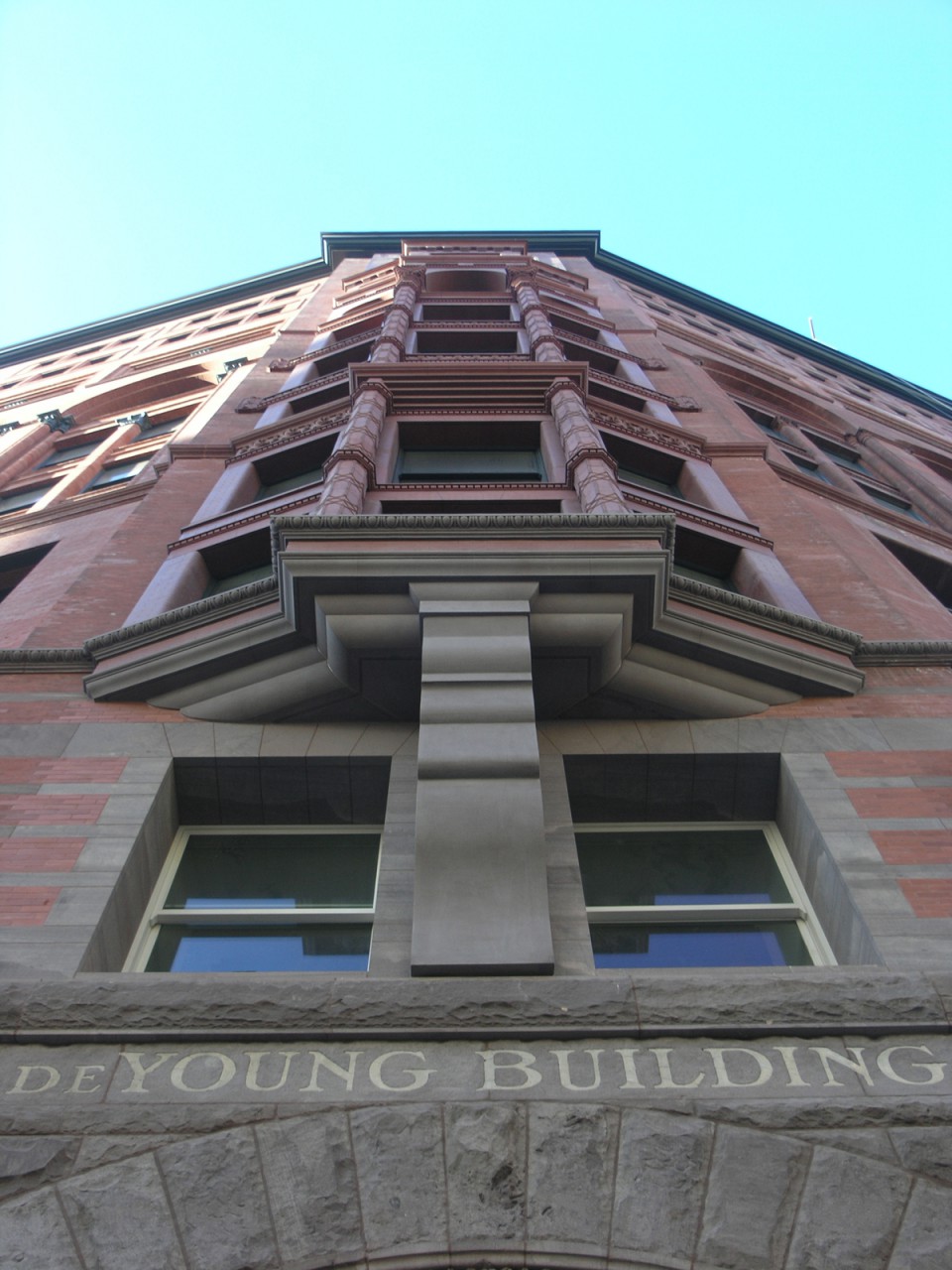 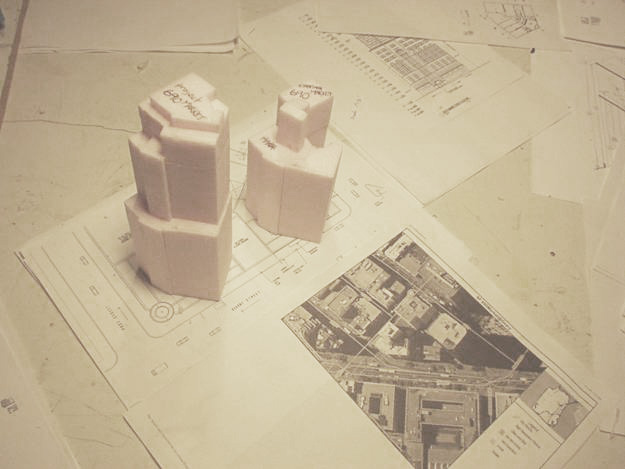